BCAF at Comic-Con@Home with Afrofuturism and Black Religion Panel 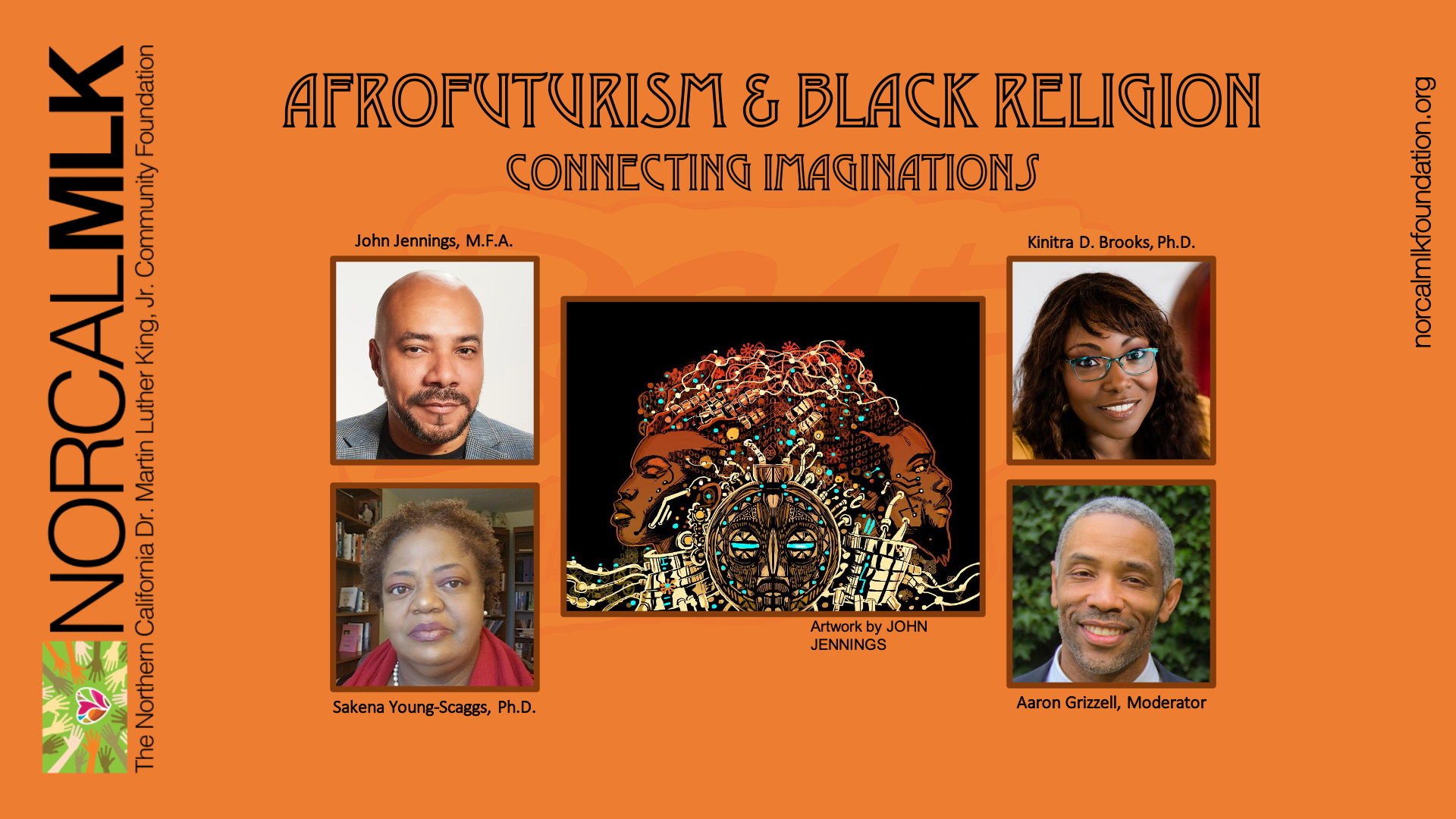 On Thursday, July 23, the NorcalMLK Foundation's Black & Brown Comix Arts Festival (BCAF) presented a panel entitled, "Afrofuturism and Black Religion: Connecting Imaginations", at this years San Diego Comic-Con, which was held virtually this year for the first time due to the coronavirus pandemic ravaging the U.S.

The discussion explored the connections between Afrofuturism and Black Religion and the way in which comics, graphic novels, and animation are capturing the rich dynamic that spawns new ways in which popular culture is being impacted by way in which works of best-selling speculative fiction authors Octavia Butler, Samuel Delaney, Nnedi Okorafor, Nalo Hopkinson, and Tananarive Due (to name a few) scholars of Black religion, including the late Charles H. Long, James Noel, Tracey Hucks, and Rachel Harding, bring to light how black religion and the imagination of matter speak to the way in which Black people in the Atlantic World syncretize their experience to create community and fashion a future.

A co-founder of the NorcalMLK Foundation's Black and Brown Comix Arts Festival has won the 2020 Will Eisner Award...

This July 4 marks the 244th year since the nation's founders declared independence from English tyranny.