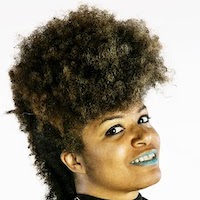 Ytasha L. Womack is a critically acclaimed author, filmmaker, dancer, independent scholar, and champion of humanity and the imagination.

Her book Afrofuturism: The World of Black Sci Fi & Fantasy Culture (2013) is the leading primer on the exciting subject which bridges science fiction, futurisms, and culture. The book is a 2014 Locus Awards Non Fiction Finalist.

Womack tours the world championing Afrofuturism and the role of the imagination. Her works in Afrofuturism have been translated into Portuguese and Spanish for markets in Brazil and Latin America. Afrofuturism is taught in high schools and universities across the world.