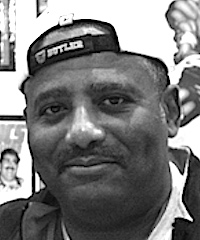 He's also the winner of the first ever Glyph "Rising Star" Award for excellence in independent publishing for his work on the noir crime mini-series The Roach. Comics blogger, Mike Hamersky, called The Roach's mini-series the best in 2009 -- including the "2 majors" & all "mid-majors."

His other flagship property Menthu hasn't been a slouch by comparison. The initial 4-part arc of this present-day story based on Egyptian mythology set in Los Angeles received a 3.5 out of 4 Stars Review from Comic Buyer's Guide magazine.