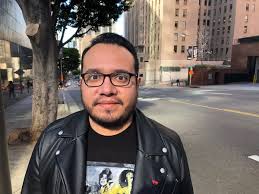 Henry Barajas is a Latinx author from Tucson, AZ. He is best known for his graphic memoir about his great-grandfather Ramon Jaurigue titled La Voz De M.A.Y.O. Tata Rambo.

He has contributed to anthologies that benefit mass shooting Route 91 victims and The Southern Poverty Law Center such as Where We Live and The Good Fight. Currently, Barajas is the Director of Operations at Top Cow Productions—and he lives with his roommate’s cats Ophelia & Morticia in Los Angeles, CA