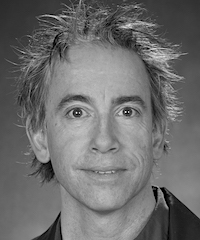 Frederick Luis Aldama is an American academic who is the named Jacob & Frances Sanger Mossiker Chair in the Humanities at the University of Texas, Austin (July '21).

His prior position was Distinguished University Professor, Arts and Humanities Distinguished Professor of English, and University Distinguished Scholar at The Ohio State University, where he taught courses in the departments of English, Spanish, and Portuguese covering Latino and Latin American cultural phenomena. He is the author, co-author, or editor of over forty books, including Latinx Superheroes in Mainstream Comics. He is the founder and director of Latinx Space for Enrichment Research (LASER). In 2016, Aldama received the Ohio Education Summit Award for founding and directing LASER. He is the founder and co-director of the Humanities & Cognitive Sciences High School Summer Institute at The Ohio State University Aldama is the creator and curator of the Planetary Republic of Comics. Beginning July 2021, Aldama will join UT Austin as the Jacob & Frances Sanger Mossiker Chair in the Humanities and launch his Latinx Pop Lab.