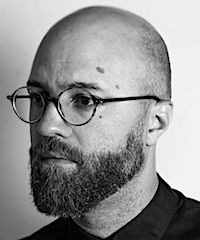 Ezra’s early art career was carved out of nights and weekends while working as a trial graphics consultant, creating technical illustrations and infographics for high stakes court cases. Ezra notably working with the Department of Justice on the Rod Blagojevich trial. Ezra later transitioned to user interface design, designing the branding and interface for the first PDF annotation mobile app, the million+ user iAnnotate PDF.

Ezra is the creator of the popular live art spectacle, The Comic Art Battle, which was a staple of the Stumptown Comics Festival and the template for countless iterations at comics and art events throughout the country, as well as Loaded Blanks Greetings, a line of fill-in-the-blanks comic-art greeting cards featuring both established as well as up and coming comics artists.