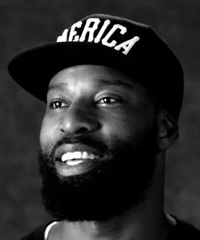 Baron Davis is an American former professional basketball player who is a studio analyst for the NBA on TNT.

He is a 2-time NBA All-Star, made the All-NBA Third Team in 2004, and led the NBA in steals twice. He was drafted with the third overall pick in the 1999 NBA draft by the Charlotte Hornets. He also played in the NBA for the New Orleans Hornets, Golden State Warriors, Los Angeles Clippers, Cleveland Cavaliers and New York Knicks. Davis played college basketball for UCLA, where he was an All-American honoree before turning professional after his sophomore year. He was a star high school player while at Crossroads School.